Why Aeroplane windows are round? 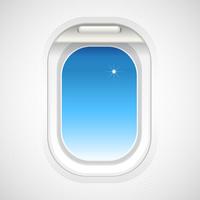 it took a few tragic events for engineers to take a fresh look at airplane window design. It was in the 1950s when commercial airliners were getting bigger — and they also started disintegrating in midair. Two of those were de Havilland Comets, which fell apart in flight in separate events in 1953 and 1954. The cause was found to be … yup, the square windows.

By the ’50s, aircraft like the de Havilland Comets were flying faster and higher than industry predecessors, meaning after multiple flights and repeated pressurization, those square windows basically broke apart from the pressure.

Rounded windows, on the other hand, are able to distribute the pressure evenly because they have no corners for stress to concentrate, reducing the likelihood of cracks or breaks. Circular shapes are also stronger and resist deformation, making them more able to withstand the repeated pressure differences between the inside and outside of the aircraft.