The following techniques shown below are indicative of a way to “never lose”, not necessarily to win. The worst scenario, however, would be to tie. Remember that there are two basis starting points from which we can plot our strategy –
1. You go first, or
2. Your opponent goes first.But let’s review some basic definitions here. 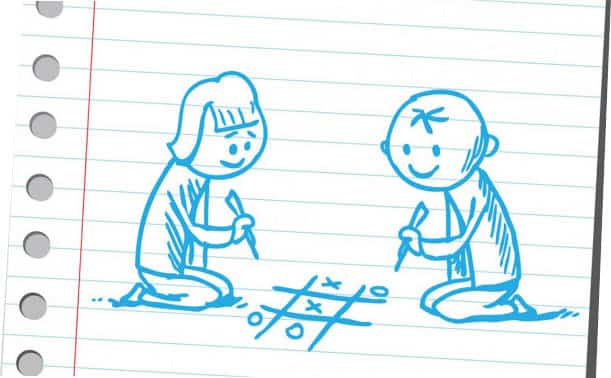 Counter-Attack – Making a move that blocks your opponent

IF YOU GO FIRST…

If you mark the center, your opponent will either place his/her first piece on an edge or corner piece. 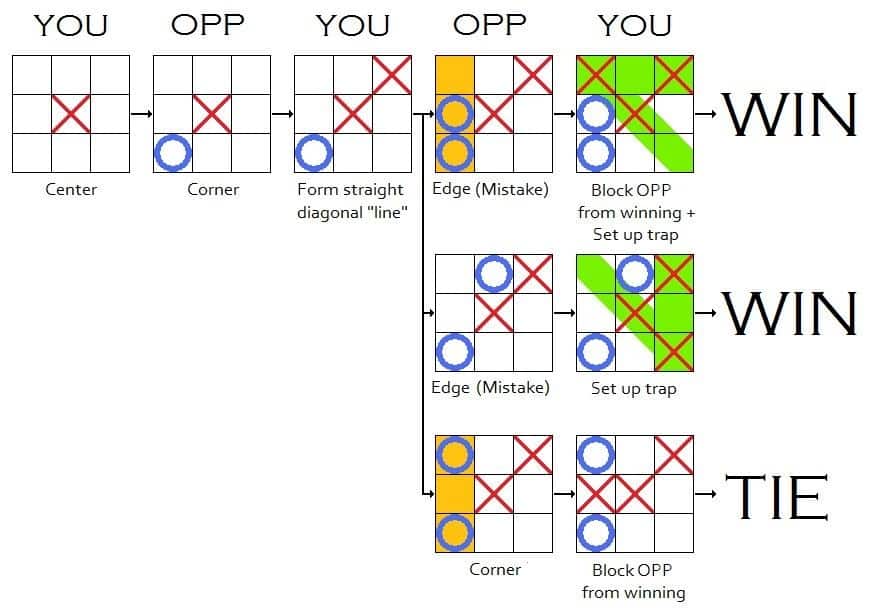 If you play a corner piece first, there are only two significant response that your opponent can make: Center, or not center. 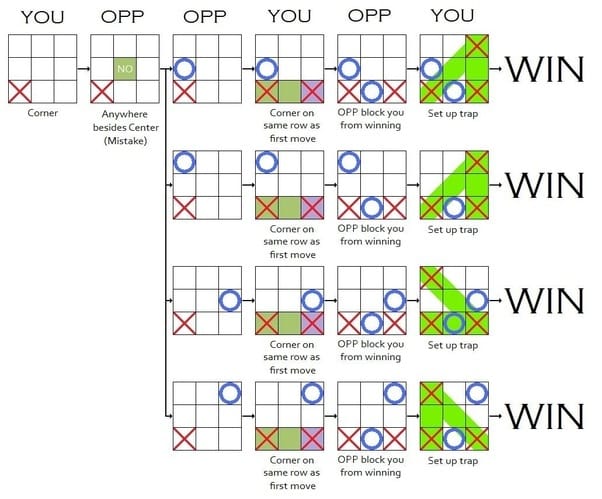 Here’s another great way to trap your opponent:

IF YOUR OPPONENT GOES FIRST…

Unfortunately, if your opponent goes first and uses all the above techniques, there’s no way that you can win. In fact, the only way you can win is if his/her first move is an edge piece. If so, carry out all the steps shown above.

So what can you do to at least bring the match to a draw, given that your opponent plays a good strategy?

Remember what we said before – Your opponent will either choose a corner or the center piece.

Even if they don’t use this strategy, keep blocking until you reach a tie.

If they mark a corner, mark the center, or you will almost certainly lose against a good opponent. Then remember that there is one outcome in which a tie is possible from above.

Your opponent has two choices, to either form a diagonal or place their next piece somewhere else. Assuming that their move forms a diagonal, as the strategy would dictate, stay on the edges and off the corners. You can force a tie this way.

Else, as usual, keep blocking until a tie is reached.

Of course, this is the logic of Tic-Tac-Toe, but there are certain useful tips that can help you when playing with a good player. 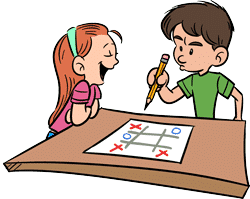 And armed with strategy, advice, and confidence, you can beat anyone!