A man murders his wife with a knife in their car. Nobody is around to see this. He throws her out of the car being careful not to leave any fingerprints on her body. Next he throws the knife off of a cliff into a gorge where it will never be found and he goes home. An hour later the police call him and tell him that his wife has been murdered and he needs to come to the scene of the crime immediately. As soon as he arrives, he is arrested.

How did they know he did it? 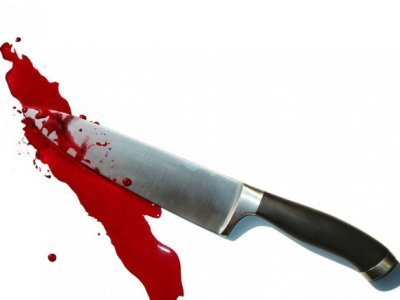 This seems to be a refined version of a similar ‘wife murdered’ puzzle that had appeared here, the ‘key’  to the solution being the (assumed) clue that the Police had NOT informed the husband where the crime scene was located.  (If Police didn’t tell him, how could he have known the scene of crime, unless he himself was the killer?)

(I said ‘refined version’ because, in the original version, the fact that the husband himself had done the killing was not stated. However, the man does have an argument in his favour.)

The possibility of having blood on his clothes is also refutable, as the puzzle states that he was careful enough to avoid finger prints and to dispose off the knife in such a way that  it won’t be found. A criminal who is careful enough to wipe out incriminating evidence should have been hit by a massive bout of ‘short-term idiocy’ if he were to retain his blood-stained clothes, let alone going to the crime scene  in those tell-tale clothes.

In my ‘answer’, I mentioned ‘assumed‘ clue because it is only an assumption, and NOT necessarily be valid (as Yodha pointed out). And even in that “assumed” scenario, the case would still have a hole right in the middle.

THE POSSIBILITY OF BLOOD  is still there  as people get relaxed when the job is done .stopping their critical thinking mode of brain .EXPLANATION  OF WHAT  Viji_Pinarayi  POINTED OUT ABOUT “SHOT TERM IDIOCY “..i just assume this possiblity .i am NOT FIGHTING FOR IT.

It is true, as Yodha suggested, that people tend to get relaxed once they feel that the job is done, and may ignore some piece of evidence somewhere. (That’s mostly where the investigator can pick up and lead to the culprit).  But, for a criminal who is knowledgeable and thoughtful enough to such an extent that no fingerprints are left behind and the weapon is discarded never to be retrieved, forgetting to change the blood-stained clothes (which is tell-tale evidence) seems extremely unlikely.  Of course, there still is the possibility that he might change his dress, clean his footwear etc. and be satisfied with the efforts and hence be relaxed, thinking that he’s pulled off a perfect one, and yet end up caught because he missed a spot somewhere. But then, it is even more unlikely that such minute evidence will be noticed “as soon as he arrived” at the crime scene, as mentioned in the puzzle.

And, well, I’m also not fighting for or against any argument, but pointing out (fighting against?) the defect inherent in the puzzle – that it doesn’t have a fool-proof solution. Because of that fault, you need a ‘faulty assumption’ to solve it. (You can arrest the man alright, but, to get a guilty verdict, you need a water-tight case , which, unfortunately, is not there.)

well the extent of feeling of relaxation depends on the trouble a man is facing because of his wife.why would someone generally speaking kill his wife must be in a lot of pain.most of the problem in the world are caused by getting carried away in feelings.point no 2 the things he knew seems to be ordinary these days with these tv and films around so can’t say about knowledgeable personality

THERE WAS BLOOD ON HIS CLOTHES(ONLY  A POSSIBILITY)
there is a possiblity that he went to the crime scene but police did not tell him where the crime has commited.so he is killer.but it is pretty obvious that if they tell him to come to crime  they would  have told him the address .policeman wont assume this that his husband would be criminal unless he knows about their relationship

It’s true that the man’s post-murder moves (avoiding fingerprints, discarding the knife etc.) are, of course, pretty ordinary in today’s world of crimes. Any criminal with the minimum level of sense would ensure the same. But then, changing / discarding the blood-stained clothes is at an even lower level of fundamentals of crime-hiding. Even in an era before the introduction of finger-print identification technology and other scientific investigation techniques, a blood-stained dress would have been nothing short of a loud announcement “Here comes a murderer…!”

well the extent of relaxation   explain  what viji pinarayi pointed out.although i have mentioned it earlier.so there is no point asking for it again

Police did not mention of crime scene in the communication. He reached the correct location of crime and hence was arrested as only murderer could know the place of murder.