One day, five couples and their children (each couple had only one child) spent the day at an amusement park. They all enjoyed the day tremendously despite the fact that each child managed to get lost at some point during the day. Using the clues and the grids below, determine the full name of each couple, the name and age of each couple’s child, and where each lost child was found.

Use the grid to help solve the puzzle! 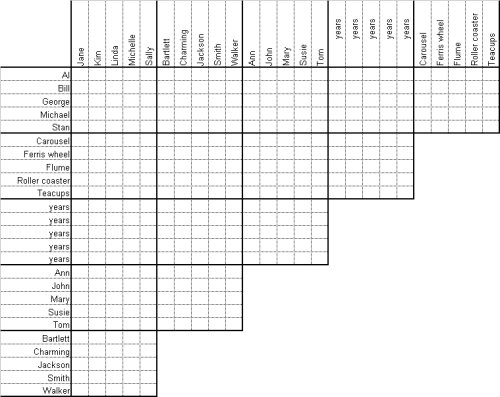