Monkey and beans riddle for kids

There is a bean bag containing 99 white beans and 100 black beans. A monkey will take two beans from the bag. If they are the same he throws the two beans away while if they are different color he puts the beans back.

What color will the last bean be? 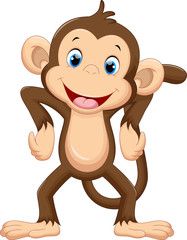 Last bean left will be WHITE.

This is because the monkey always picks two beans at a time and either throws OR keeps both. So, with every pick-up, either two whites OR two backs will be removed (unless the pick is a black-white pair, which is as good as no pick, because they are put back). So, the only possibility of remaining till the end is only if the number is odd, which is white.

e.g. Assume that there are only 10 black and 9 white beans.

(Note: P2 & P3 may be in reverse order also, makes no difference)