Sherlock shoots the pilot. Why ? 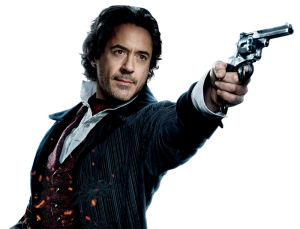 Here Andrew is a Man.

It means Andrew is the Pilot and the murderer.

How you deduced that Actor and doctor were female….. and Pilot was male…..

Other than that (Pilot being male and others female), there can be no other possibility for the scenario as presented in the puzzle to take place.

Pilot nametag is Andrew ……. the one who shoots the girl based on the conversation ” “No Andrew, Don’t shoot“.

An actor can not be a woman. Actress is woman.
I think, the detective knew the names of all as he knew their jobs.they were fairly well known.