The worm and the rubber band

A rubber band (well, a rubber string, really) is 10 meters long.  There’s a worm that starts at one end and crawls toward the other end, at a speed of 1 meter per hour.  After each hour that passes, the rubber string is stretched so as to become 1 meter longer than it just was.  Will the worm ever reach the other end of the string? 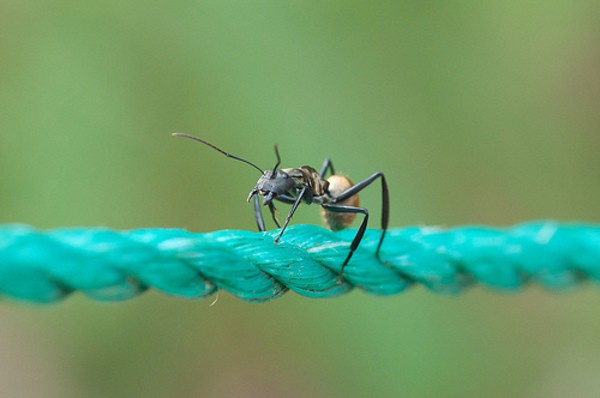 Also know as – Ant on a rubber rope Puzzle
An ant starts to crawl along a taut rubber rope 1 km long at a speed of 1 cm per second (relative to the rubber it is crawling on). At the same time, the rope starts to stretch uniformly by 1 km per second, so that after 1 second it is 2 km long, after 2 seconds it is 3 km long, etc. Will the ant ever reach the end of the rope?

This is Ant on a rubber rope problem


ANSWER IN SHORT-
The worm will eventually reach the end.
The key to understand this is that the proportion between the total length of the  rubber Band and the length walked by the worn can only increase with time, as it will eventually approach one.

EXPLAINATION-
The problem seems impossible because we are looking worm and the rubber Band moving independently.

The mathematics are complex, but think of the entire picture of the worm and the rubber Band.

So, Percentage of distance to be covered is increasing in same proportion to the Distance already covered.
i.e.

Percent of Distance traveled is increasing     DIRECTLY PROPORTIONAL to        Increase in distance to be traveled. 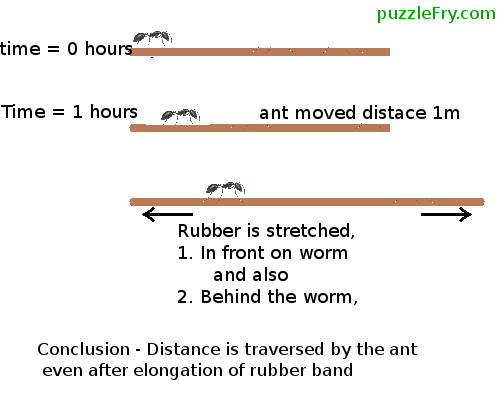 Yes, the ant will reach the car. Calculus tells us exactly when: 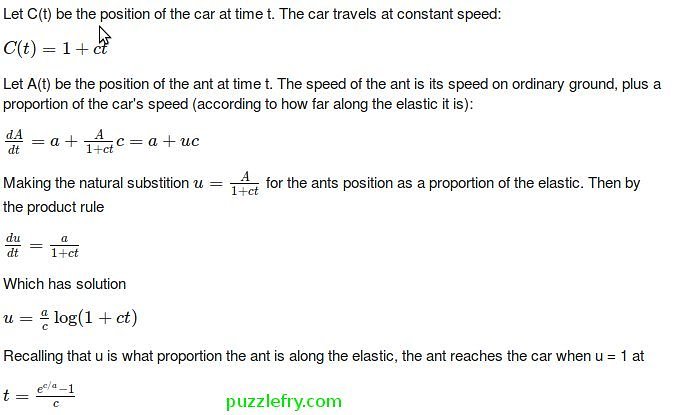