Five bachelors who all lived in the same apartment building each ordered an item from the same catalog. Unfortunately, the shippers got confused and each item was delivered to the wrong apartment. Can you determine each man’s full name, what each man ordered and what was actually delivered, and which apartment each man lived in. 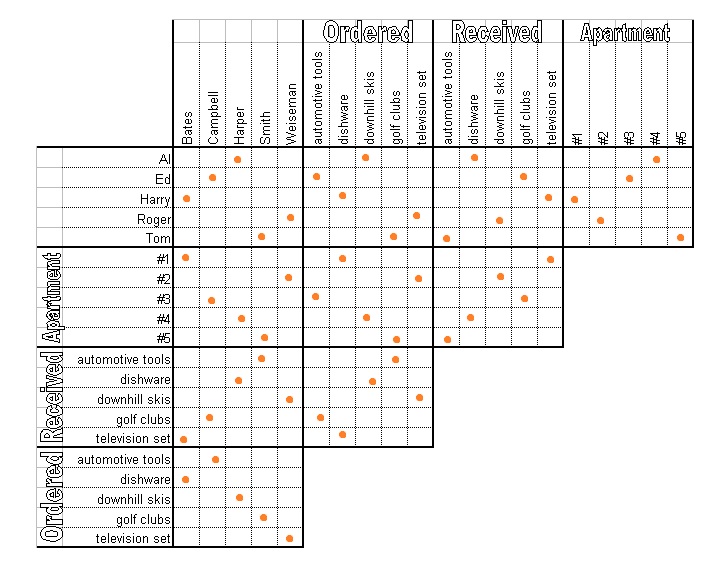