If you were trying to get the best prediction of your future for selecting a one lucky draw coupon out of 2 Coupons, which fortune teller would you go to?

I’ll go with no. fifth fortune teller, as there may be 95% chance are being correct if i’ll go with just opposite what the prediction told by her/him. 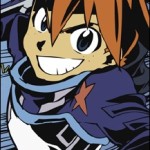 The answer given above (which seems to be the expected one) seems sensible at first look, but a careful examination of the puzzle question puts the answer in doubt. The ‘problem’ with the answer is that it will work only if the scenario is a ‘binary’ one – i.e., whether to select a particular option or not. (e.g. consider a tennis match where both sides are ‘at par’ with each other in skills. If the  question was to pick which player / team would win, then taking the advice of the fifth teller and going with the opposite choice has the highest possibility of winning. This is because, in a tennis match, one of the two sides must win. But if the scenario was a tournament, and the question was to pick the final winner, the tactic won’t work, because for any player / team the teller predicts as winner, there are ‘n – 1’ number of alternative choices if ‘n’ players / teams are enrolled in the tournament. Hence, there is no definite “opposite” of prediction.)

The puzzle presents the question as “selecting a lucky draw coupon” which is similar to the tournament scenario. above (There are ‘n’ number of coupons from which the (winning) one has to be selected.) If the teller says ‘take coupon No. 7′, which number is the “opposite”? Of course, there is another ’round-about’ solution wherein one can ask whether to select a particular coupon or not. (e.g. you may ask: If I select No. 7, will I win?) Then it is a ‘binary’ scenario where there is an ‘opposite’. If the teller says ‘No’, select that number with a 95% chance of winning. But, given the fact that, in an unbiased lucky draw, all numbers have equal chances of winning, you will have to try with every coupon number till the teller gives a ‘No’ response for this ‘trick’ to work.

Puzzle Modification – Selecting one lucky draw out of two 🙂