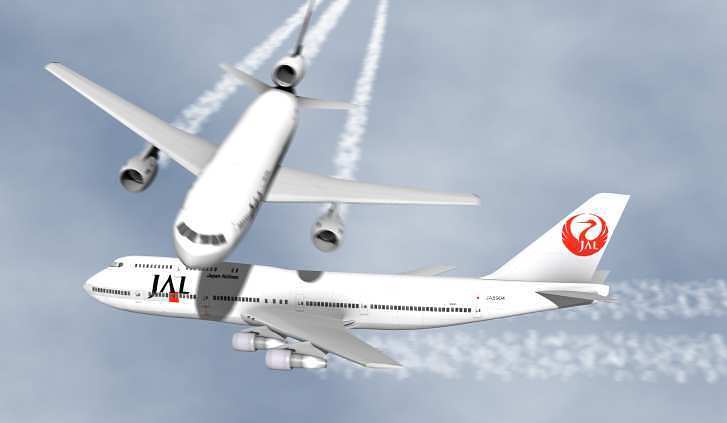 Tricky question, be attentive-
There are four airplanes flying in four different directions. Each of the plane navigates a straight line at a constant speed. Please keep in mind that none of the two planes are flying parallel with each other. They began flying at the same time long time ago. Sometimes, even a collision takes place but the strong build, makes the planes continue with the journey. But even the sturdy built can only survive two collisions and after that the plane will crash.

Out of the six possible collisions, five have already taken place (do note that the collisions did not involve more than two planes at one time). Two planes have already crashed. What will be the fate of the remaining two planes?

Suppose that –
z axis denotes the time and
x and y axis denote the 2D planet.

The four trajectories in that case are straight lines. Since no collisions involved more than two air planes, the four lines must be lying in the same plane. Now its like the other two planes will collide as well.

But the fact that they might have collided in the negative time.
Thus you can’t be sure with the provided facts if the two remaining planes will collide or not.