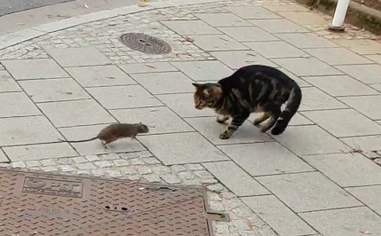 The question is faulty. It states: “A number of cats got together and decided to kill 999919 rats.” Note that the term used is NOT “killed” but “decided to kill“. ‘Deciding‘ to do something is NOT the same as doing it. It is possible that, even though the cats “decided” to kill so many rats, when it came to execution of the decision, they could kill just a few of the rats – say, 3 cats managed to kill 4 rats each. The conditions specified in the question  are fully  satisfied.

Viji_Pinarayi Expert Answered on 30th May 2021.

Agree!
However since its a mathematical puzzle, i believe its not tricking on words “Killed” and “decided to kill”